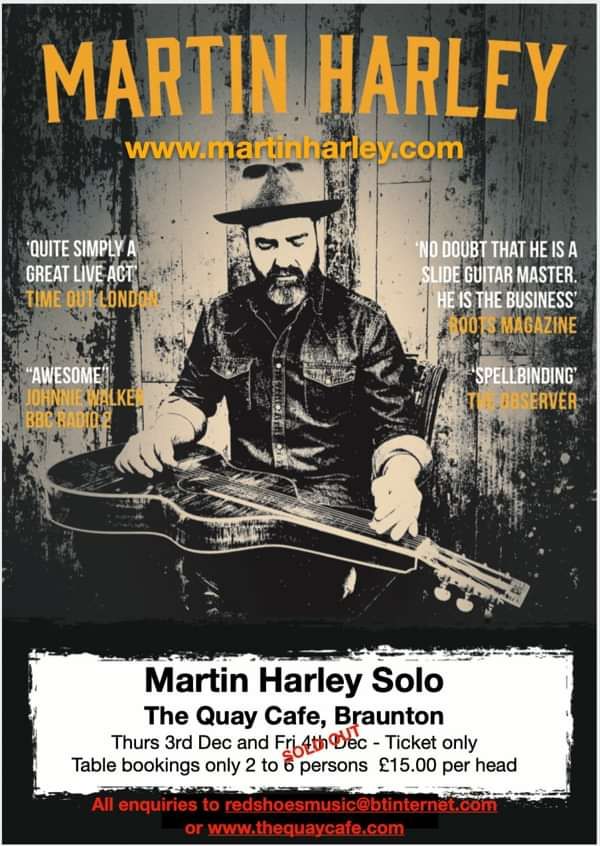 We will be allocating tables to purchasers, so therefore we can only sell tickets of 2 min to 6 max people (£15 per person). Please advise Jennie of your preferred date & the number of tickers required. Payment will be via PayPal upon invoice.

Obviously due to the current COVID Climate we must ask that Masks to be worn when entering the building until seated at table.

Drinks can be purchased from the Quay Cafe App and it is waitress service only. Tables will be situated as per the COVID guidelines.

If you leave your table for any reason, please place on your mask.

The new studio album ‘Static In The Wires’ was released in February 2017, it was produced by Martin & Daniel Kimbro and recorded in Nashville. It follows the critically acclaimed ‘Live At Southern Ground. A ‘Spellbinding 50 minutes’ as The Observer put it. It is Martin’s 7th album to date and the 2nd to feature Daniel Kimbro as well as 14 time Grammy winner Jerry Douglas (Ray Charles, Eric Clapton, Dolly Parton), Derek Mixon (Chris Stapleton, Sam Lewis) and Micah Hulsher (Alabama Shakes). The album was tracked live at Wow & Flutter Studios in East Nashville over four days. Engineered and mixed by analogue guru Joe V McMahan making use of every corner of the space. The drums sounded great in the kitchen and if you listen carefully you can hear the freight trains rolling past.

The two musicians met through a mutual friend Sam Lewis at Hippie Jack’s music festival in Crawford Tennessee. After a brief backstage rehearsal, the two took to the stage for an hour of largely improvised music. A few weeks later they were cutting a record at Zac Brown’s iconic Southern Ground studios. Their live shows seek to bring aspects of blues, Americana and folk to the table. Martin plays a 100 year Weissenborn (Hawaiian acoustic lap guitar), Daniel plucks beats, scratches and bows his double bass to create and an unexpected array of textures and sounds.

Recently Martin has headlined Music City Roots in Nashville, performed on the Cayamo Cruise with Chris Stapleton, toured coast to coast with ZZ Ward, Delta Rae and opened for Iron & Wine, Bruce Hornsby, Five for Fighting, World Party, Beth Hart, Joe Bonamassa amongst many others. His music has features on hit TV shows such as the Vampire Diaries, Banshee, America best Bars and VH1’s Morning Buzz. Last summer in Canada he and Daniel played Winnipeg, Vancouver, Canmore and Calgary Folk Music Festivals as well as shows in the Caribbean, the US and Europe.

“Martin is arguably the best Weissenborn player in the UK and has been for many years.” - Weissenborn Exchange

"No doubt that he is a slide guitar master. He is the business" – Roots Magazine

"Quite simply a great live act" – Time Out London 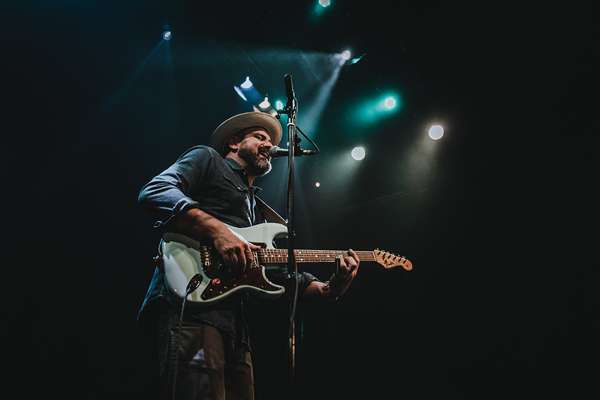